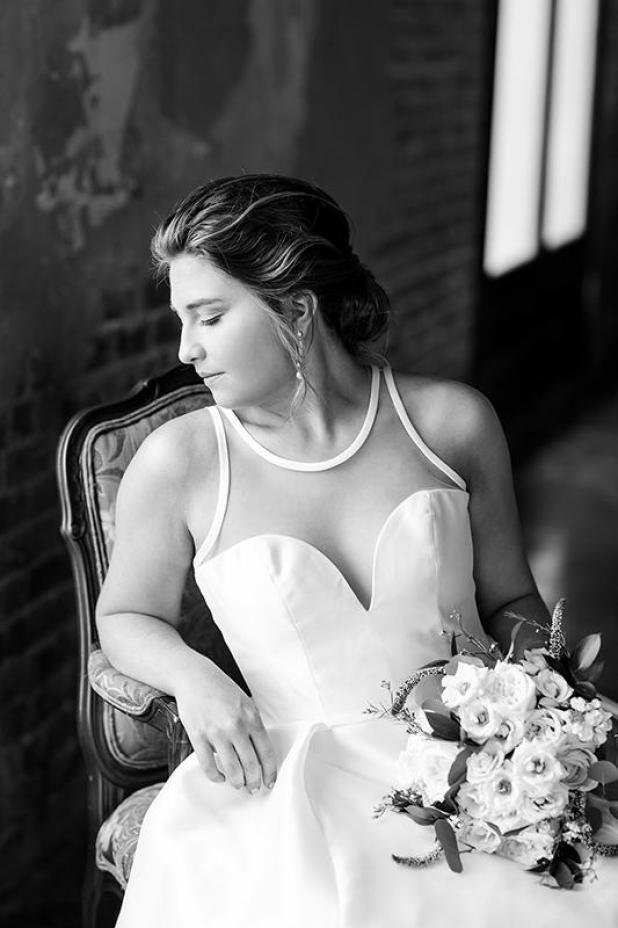 St. Michael the Archangel Catholic Church served as the breathtaking setting on Friday, June 8, for a Nuptial Mass uniting in marriage Megan Elaine Malmay of Crowley and Zachary Allen Duhon of Jennings.
The bride is the daughter of Mr. and Mrs. William Malmay of Crowley. Her grandparents are the late Edward and Elaine Bavery of Crowley and the late Janet and Joseph Malmay of Shreveport. Megan is a 2013 graduate of Notre Dame High in Crowley and a 2017 graduate of the University of Louisiana at Lafayette where she studied political science and interpersonal communication. She is currently working on her Master of Business Administration degree at her alma mater and employed at the Crowley Chamber of Commerce.
The groom is the son of Mr. and Mrs. Matthew Duhon of Jennings. His grandparents are Ida Deshotels, the late Allen Leger of Jennings; Margaret Robin and the late Paul Duhon of Jennings. Zachary is a 2012 graduate of Jennings High School, a 2016 graduate of the University of Louisiana at Lafayette where he studied education, and a 2018 graduate of the University of Texas at Arlington with a Master of Education degree in educational leadership. Zachary is employed by Jeff Davis School Board.
Celebrating the 6 p.m. wedding ceremony was Fr. Gary Schexnayder of the Diocese of Lafayette and Fr. Charles Glorioso of the Diocese of Shreveport, family friend of the bride. Eucharist Ministers were Vincent Glorioso of Shreveport and Jim Hebert of Jennings. Guests were ushered in by Luke Trahan and Chris Knight, cousins of the groom; Daniel Helo, cousin of the bride; and Jonathan Hugonin, friend of the groom. Musical selections were provided by Alberta Lyons, organist; Susan Comeaux, organist; Vanessa Benoit, vocalist; Hunter John Lambert, vocalist and violinist; and Wilford Green, trumpeter. Scriptures were read by Patricia Como, family friend of the bride, and Stephen Franklin, friend of the groom. Gifts were offered by Christopher Gardiner, family friend of the bride, and Joel Richert, family friend of the groom.
On the arm of her father, the bride wore an Essence of Australia modern silk ball gown with an illusion sweetheart neckline. The ivory vintage-inspired wedding dress carried a structured silhouette with a low illusion back closed with fabric buttons that lined the length of the silk train. The bride carried a bouquet garnished with cream O’Hara garden roses, white peonies, blush majolica roses, white ranunculus, white veronicas, finished with lemon leaves and tied with ivory ribbon. Traditional items selected by the bride for her wedding day were the diamonds in her custom made wedding band from her grandmother’s dinner ring dating back to the early 1900s as her something old, her wedding dress and veil were something new, she borrowed her grandmother’s handkerchief as well as sorority pendants pinned to her bouquet from four of her bridesmaids who were members together of the Gamma Kappa Chapter of Kappa Delta; her shoes were something blue.
Attending the bride as maid of honor was college friend Carly Templet of Metairie. Bridal attendants were Jillian Duhon, sister of the groom; Anna Angelle, Hillary Holland, Madison Guidry Larriviere, and Kramer Pomerenke, friends of the bride. They each wore a floor length, formal Bill Levkoff gown of light pistachio chiffon in a style chosen by each bridesmaid. They each carried a hand-tied bouquet of pink O’Hara garden roses, white veronicas, fuchsia ranunculus and Juliette Davis Austin roses. Serving as flower girl was Kinley Leger, cousin of the groom. She wore an heirloom dress by Rosalina in ivory cotton batiste fabric with hand embroidered ecru and ivory rosebuds and leaves in the center of the lovely scalloped collar. Kinley carried a fresh flower loop, designed by the bride.
Attending the groom as best man was a childhood friend, Evan Guillory of Jennings. Groomsmen were Jeremy Leger, cousin of the groom and father of the flower girl; Ethan Caubarreaux, Matthew King, William McMillan and Wil Perkins, friends of the groom. Male attendants each wore a navy blue Ike Behr European slim fit suit while the lapel held a ranuncula boutonniere. Keeping with tradition, the ring bearer was family friend of the bride Michael Kirby. Michael’s mother, Marion Glorioso Kirby served as flower girl in the bride’s parent’s wedding.
For her daughter’s wedding, mother of the bride, the former Melinda Bavery, wore a Adrianna Papell dusty blue column dress that fell ankle length, garnished with jewels and beading throughout. The groom’s mother, the former Rachael Leger, selected a ivory and champagne Madeline Gardner with fitted, beaded embellishments along the neck and empire waistline with wispy ivory chiffon to the floor.
Immediately following the wedding ceremony, the newlyweds were honored during a reception held at Le Grand Hall on the first floor of the Grand Opera House of the South tucked away in the heart of historical downtown Crowley. Guests were entertained by Louisiana Red.
Classic grandeur and elegance was the theme of the reception area as tables were adorned with lanterns surrounded by beautiful summer greens. Paired throughout were crystal pedestals holding stargaze lilies and bells of Ireland with touches of fuchsia, blush and summer whites.
Among the refreshments enjoyed by guests was the wedding cake, a four-tier butter cream iced Chantilly cake decorated with fresh flowers. Stella Guidry, childhood friend of the bride, served the cake. The groom’s table depicted a rustic theme, serving three different cheesecakes: original, strawberry and turtle sitting on top of fresh cut oak stumps. The cake was served by Ellen Hebert, family friend of the groom, and Peggy Landry, godmother of the groom.
Prior to the wedding, a rehearsal dinner was held Thursday, June 7, in The Grand Ballroom at The Grand Opera House of the South. The 7 p.m. dinner and social was hosted by the groom’s parents.
Following the honeymoon, the bride and groom will reside in Crowley.