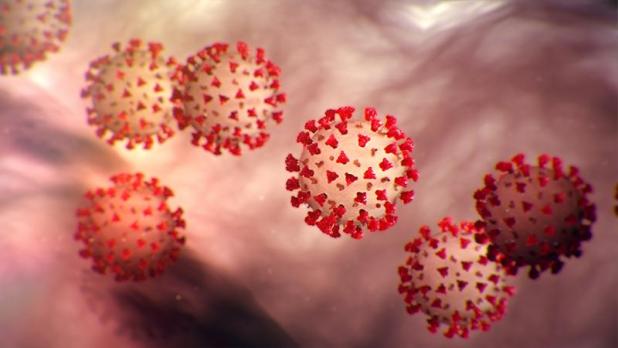 When COVID-19 hit, more than 576,000 Louisiana households were already one emergency away from financial ruin, a 10-year record high, setting the stage for the economic impact of the crisis — according to the state’s latest ALICE Report, released by the Louisiana Association of United Ways, in partnership with United Ways throughout Louisiana and United For ALICE.
Sarah Berthelot, Louisiana Association of United Ways president and CEO, said, “Before the pandemic, more than one in three Louisiana hard-working households were financially vulnerable — one emergency is all that stood between them and spiraling into a financial crisis.”
Berthelot added “For many, COVID-19 became that one universal emergency. Without the ability to save or build assets, the job interruptions and income losses have pressed hard against ALICE over the past six months.
“These Louisiana workers have faced the fears of contracting COVID-19 without adequate health care coverage or paid sick leave with very limited or no options to perform work duties virtually. Plus, childcare access and school closures have impacted critical services supporting children.”
ALICE is an acronym for Asset Limited, Income Constrained, Employed.
With income above the Federal Poverty Level, ALICE households earn too much to qualify as “poor” but are still unable to cover the basics of housing, child care, food, transportation, health care, and technology in the parishes where they live.
When including households in poverty, there were just over 891,000 households below the ALICE Threshold (ALICE and Poverty combined) in Louisiana before the pandemic … over half of the state’s total population.
Over the course of the last decade, conditions for ALICE have not moved in the right direction. Louisiana’s low-income families systematically lost buying power and financial stability as the rising cost of essentials outpaced wages, driving the number of ALICE households to rise from 23 percent in 2007 to 33 percent in 2018.
Additionally, the cost of six essentials in Louisiana grew on average 3.4 percent annually — nearly double the national rate of inflation of 1.8 percent. In contrast, poverty levels remained largely flat, between 18 percent and 19 percent over this same time period.
The Report confirms that in 2018, the cost of survival ranged annually from $24,252 for a single adult, to $27,000 for a senior citizen and $69,732 for a family of four with an infant and a preschooler.
Putting this in perspective, the median hourly wage for cashiers, the most common occupation in Louisiana, was $9.10, or $18,200 per year — less than all the budgets.
In Acadia Parish, the report states 31 percent of the households are ALICE and 23 percent are poverty in 2018. The median household income in 2018 was $41,177.
By municipality in Acadia Parish, the households in poverty and ALICE are: 67 percent, Church Point; 71 percent Crowley; 70 percent, Egan; 56 percent, Estherwood; 58 percent, Iota; 62 percent, Mermentau; 52 percent, Morse; and 59 percent, Rayne.
In St. Landry Parish, the report states 28 percent of the households are ALICE and 35 percent are in poverty in 2018. The median household income in St. Landry Parish in 2018 was $32,867.
By municipality the St. Landry Parish households in poverty and ALICE are: 63 percent, Arnaudville; 55 percent, Cankton; 64 percent, Eunice; 71 percent, Grand Coteau; 82 percent, Krotz Springs; percent, Lawtell; 70 percent, Leonville; 91 percent, Melville; 74 percent, Opelousas; 81 percent, Port Barre; 58 percent, Sunset; and 76 percent, Washington.
In Evangeline Parish, the report states 40 percent of the households are ALICE and 25 percent are in poverty. The median household income in Evangeline Parish is $32,180.
By municipality in Evangeline Parish, the households in poverty and ALICE are: 74 percent, Basile; 83 percent, Chataignier; 77 percent, Mamou; 63 percent, Pine Prairie; 77 percent, Reddell; 65 percent, Turkey Creek; and 79 percent, Ville Platte.
“This ALICE research provides the backstory for why the COVID-19 crisis is having such a devastating economic impact on families in Louisiana,” Berthelot said. “Results from the Louisiana United Way COVID 19 Survey conducted this past May painted a vivid picture of the deep financial challenges of families living below the ALICE Threshold, with 20 percent concerned about making rent or the mortgage payments as Louisiana entered into the third month of the pandemic crisis.”
Supplemental to ALICE in Louisiana: A Financial Hardship Study, LAUW also releases the expanded results from the Louisiana United Way COVID19 Survey, conducted in May.
These results focus on the COVID-19 impact on those living below the ALICE Threshold, capturing the challenges of ALICE and those living in poverty. Louisiana in the Age of COVID-19: Results from the Louisiana United Way COVID19 Survey is available at www.launitedway.org/ALICE.
The recent report release joins a series of Louisiana-specific research-based reports made possible since 2015 by the Entergy Corporation and United Ways across Louisiana, aimed to equip stakeholders across all sectors to use its findings to remove obstacles to financial stability, identify gaps in community resources and build data-driven solutions to help ALICE families achieve economic stability, bolstering the state’s economy overall.
This is a project in collaboration with the United For ALICE, a grassroots movement of some 650 United Ways in 21 states, corporations and foundations, all using the same methodology to document financial need.
Patty Riddlebarger, Entergy vice president of Corporate Social Responsibility, said, “As a longtime partner of United Way and the state sponsor of the ALICE report, Entergy’s concern for ALICE in Louisiana is growing — especially as the pandemic has only made the road to recovery more difficult for so many.
“We challenge other companies and organizations to dig into the insights the latest ALICE report provides. We believe that by working together we can identify specific ways to aid communities across the state.”
Ginger LeCompte, executive director of the St. Landry-Evangeline United Way, said, “The United Way ALICE Report has become the go-to resource for not only United Ways, but for government officials, policy makers, and community partners across the board.
“The data presented serves as the underpinning for many policies, program design, and initiatives relevant to the needs of our ALICE population.”
For more information or to find data about ALICE in local communities, visit www.UnitedForALICE.org/Louisiana. A copy of ALICE in Louisiana: A Financial Hardship Study is available at www.launitedway.org/ALICE.