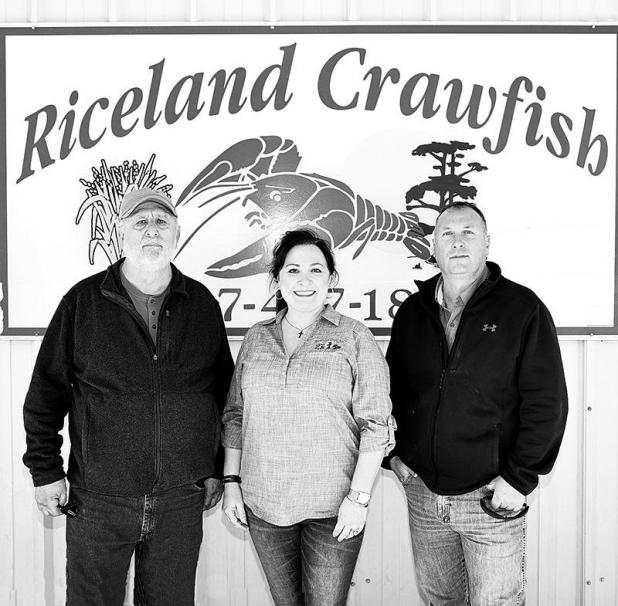 Riceland Crawfish founder, and pioneering crawfish processor and salesman Dexter Guillory died Sunday from COVID-19 complications. He was 70.
Dwight Landreneau said he started working with Guillory in 1985. Landreneau was a LSU AgCenter crawfish agent then and Guillory was selling crawfish out of ponds next to his house.
“I can remember he had an old Borden’s refrigerator truck. The truck didn’t run, but the refrigerator worked and he used it to store crawfish and then sell to the public. It grew from that to what you see today.
“Four different plants and a cold storage facility that is a state-of-the art facility and it is all done there in Eunice,” Landreneau said.
“Dex was very innovative. To look at him you would think he is just an everyday guy on the street, but he was a very shrewd businessman. He made sound business decisions and grew a mom and pop business into a multi-million dollar corporation. And, there are not many CEOs in other businesses that were better at judgement and finance and decision-making than old Dexter,” he said.
Earl Toups, owner of Toups Crawfish Processing, of Basile, was a business partner and competitor with Guillory.
“He was the best thing that ever happened to the crawfish business because he lived it. It was his passion,” Toups said.
Guillory liked seeing others in the crawfish business being successful and didn’t mind sharing his knowledge, he said.
“He was always straight. He didn’t mince words. You might not like what he said, but he was going to tell you what he felt,” Toups said.
Dr. Evelyn Watts, of the LSU AgCenter, said she met Guillory about four years ago.
“He was a pioneer and he was a businessman,” she said. “He was always finding ways to bring the crawfish industry forward. It was just not about him, but the whole crawfish industry.”
Guillory helped her and other LSU scientists to conduct applied research studies using his technology and facilities.
“In the short time that I had the opportunity to interact, I just witnessed how good of a person he was. He actually affected me a lot when I learned he was sick fighting COVID. So, that was really rough on me and my team,” Watts said.
Watts said when she visited Riceland Crawfish she was always impressed at Guillory’s energy.
“He was always with new ideas and trying to see new opportunities. That was amazing,” she said.
Louisiana Department of Agriculture and Forestry Commissioner Mike Strain, D.V.M., said, “Dexter Guillory was a true leader in the crawfish industry. Riceland Crawfish revolutionized the technology to cook and flash freeze whole crawfish that could be marketed worldwide, then simply steamed and served. It was a tremendous innovation that now allows us to have delicious, hot Louisiana crawfish year-round. This innovation also provided an expansive new market that will benefit the entire crawfish industry for generations to come.”
Landreneau, who has served in several leadership roles in state government and with Louisiana State University and is now mayor Washington, noted Guillory had a modest start.
“He started out, I think, at the Winn Dixie store in the vegetable section doing vegetable displays and he just knew how to make the right decisions to get to where he is today,” he said.
“He was a world-renown expert in crawfish production, crawfish processing and in alligator processing,” he said.
Riceland Crawfish would process up to 15 million pounds of crawfish and up to 4 million pounds of alligator a year, he said.
“In fact, the last couple of years I worked for him he actually was selling into the European countries,” he said. Guillory also found markets for his products in China and Japan.
Guillory was instrumental in anti-trust actions against China when it was dumping crawfish meat into the U.S. market, he said. Now, Riceland Crawfish sells meat to China.
He was involved with his son, Doug, in developing the 50,000 square-foot Sub-Zero Storage facility east of Eunice. Beside it is a 30,000 square-foot frozen boiled crawfish operation.
“Dexter was able to open the doors for not only his products, but for other processors that processed like products, He opened the doors for Louisiana products to get into all these other grocery stores,” he said.
Landreneau stressed that Guillory had the best interest of the industry at heart.
“That was the one thing he was admired for by his competitors. Because if a competitor was having a problem he would help them figure it out both in the alligator and crawfish business,” he said.
Toups said Guillory’s other focus was always his family.
In an interview with Bruce Shultz for Louisiana Farm & Ranch, Guillory, then 68, said he realized his children would take over the business. “That’s the way it’s supposed to be. There’s nothing more beautiful than family working together.”