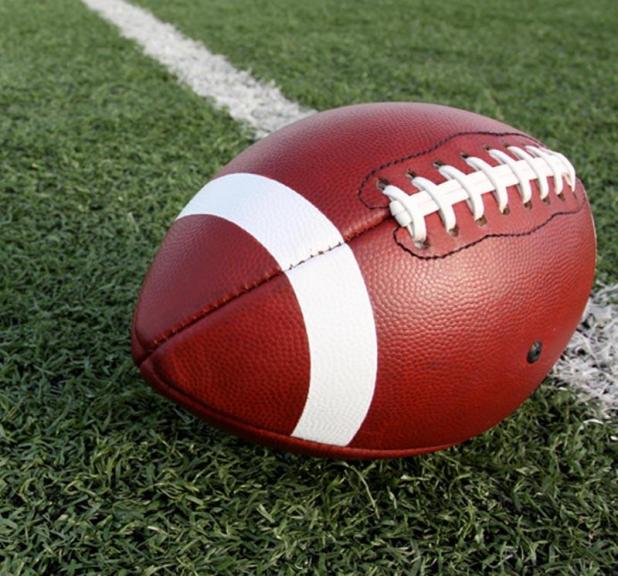 With a new district comes new challenges.....
With a new head coach and coaching staff come new plays.....
With new starters come a new way of doing things.....
All those factors saw very few Rayne High football fans foreseeing a winning season; much less, a district championship.
But, the Wolves overcame many obstacles, pulled up their boot straps and left it all on the field for a 3-1 district slate, a 6-4 regular season and a surprise trip to the 4-A state playoffs as 4-4A district champions.
A total of 11 Wolves were named during 4-4A All-District selections following a most successful 2019 football season under first-year head coach Kaine Guidry, a Rayne High alumni who was excited about returning to his hometown roots to lead the Wolves behind an excited fan base who was ready for Friday nights once again.
The district’s “Coach of the Year” stated, “I think that when all the dust settled after the season was over and we looked at the big picture, we felt like we did a lot of good things this year, taking steps in the right direction in terms of building a winning culture, and also displaying good character and hard work for our players.”
Guidry continued, “Although the season didn’t end like we would have hoped, there were a lot of lessons learned this year and I couldn’t be more proud of this group.
“We will miss the outgoing seniors -- they really did everything we asked of them. Not only are we losing some really good football players, I think we are going to have to replace their leadership above all.
“Players like Ron Roberts, Jamarcus Monroe, Brandon Auguillard, Tony Cormier, among others will be very hard to replace. But, we are so grateful for what they’ve done for this program in the short time I’ve had with them. They helped lay the foundation and we are forever grateful for their work ethic and leadership.
On the offensive team, three of the six first team Rayne High honorees were also listed among two teams.
Sophomore kicker/punter Deuce Comeaux, senior lineman Brandon Auguillard and senior back JaMarcus Monroe were all named on offense and defense teams.
Comeaux led kicking duties with 16 extra points, four fieldgoals and 39 kickoffs for 1,731 yards and two touchbacks for first team offensive team.
Comeaux was also named on the first team defensive team with 14 punts for 410 yards with a 29 yards average, leaving three inside the 20 1styard line for the honors.
Lineman Auguillard was one of six first team offensive line honorees, in addition to being named to the first team defense. The strong tackle also played defensive tackle where he claimed eight tackles of four solos, in addition to two quarterback sacks, three tackles for a loss and an interception.
Monroe was also a first team offensive and defensive selection.
At running back, Monroe led the Wolves with 134 carries for 720 yards and 10 touchdowns, while also recording 12 receptions for 202 yards and two touchdowns as a receiver.
On defense, Monroe was one of six first team linebackers recording 57 tackles with 33 solos, two quarterback sacks, eight tackles for a loss and three pass break ups. He also nabbed two interceptions and recovered four fumbles.
Concluding first team offense honorees from Rayne High were junior tight end Baylon Leon and sophomore J’sia Eaglin.
Leon recorded four receptions for 64 yards, while Eaglin began his first year at weak tackle and proved to be a consistent leader for the Wolves.
Joining Rayne High teammates on first team defense were senior lineman Ron Roberts and senior back Tony Cormier.
Roberts completed his senior campaign with 62 tackles including 40 solos, four quarterback sacks and 17 tackles for a loss. He also recovered six fumbles and recorded two pass break ups downfield.
Roberts was also named to second team offense as he assisted the Rayne High offense with 167 carries for 650 yards and four touchdowns on the year, in addition to nine receptions for 90 yards and a touchdown with the Wolves’ air attack.
Cormier concluded his senior year of football with 31 tackles including 16 solos, along with two tackles for a loss. He also recorded two interceptions, four fumble recoveries and eight pass break ups.
Completing Rayne High second team offense team selections were senior lineman Dylan Istre and junior lineman Griffin Champagne.
All defensive second team selections were Wolves Miles Doucet, Miguel Delvalle, Bleyton Francis and Will Arceneaux.
On the defensive line for the Wolves, lineman Doucet collected 21 tackles with 13 solos during his senior campaign, along with a quarterback sack and four tackles for a loss.
Senior linebacker Delvalle tallied 30 tackles including 18 solos and five tackles for a loss, while also recording two fumble recoveries and two pass break ups.
Adding to the underclassmen talent were sophomore Francis and junior Arceneaux, both serving the strong Rayne High defense at defensive backs.
Francis recorded 25 tackles including six solos, while also collecting three tackles for a loss, two interceptions and six pass break ups.
Arceneaux had 21 tackles with 12 solos, plus an interception and five pass break ups for the Wolves.